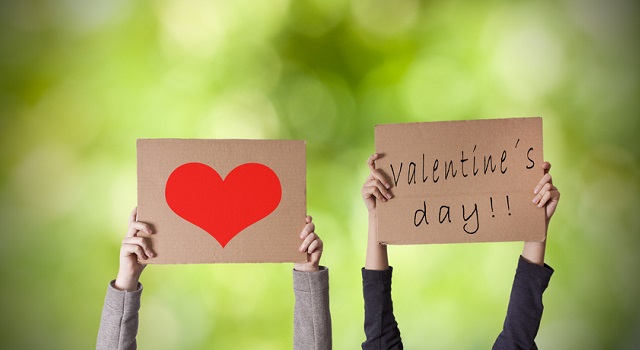 Valentines Day: Its History and Celebrations

VALENTINE / LOVE
Celebrated on February 14 every year, Saint Valentine's Day or Valentine's Day is the traditional day on which lovers convey their love to each other by sending Valentine's cards, sometimes even anonymously.
The most common feature of Valentines Day these days is the mutual exchange of love notes in the form of "valentines". Popular Valentine symbols of modern times include the heart-shaped outline and the figure of the winged Cupid. Since the 19th century, mass produced greeting cards have largely replaced handwritten notes. It is believed that nearly one billion Valentines Day cards are sent each year worldwide, making it only the second largest card-sending holiday next to Christmas. Women are believed to purchase approximately 85 percent of all "valentines".
Stories of many Valentines
Opinions differ about who St Valentine was. Early martyrologies mention at least three St Valentines under the date of 14 February. One is a priest at Rome, another a Bishop of Interamna (now Terni in Italy) and the other lived and died in Africa. Many, however, are of the opinion that the first two are the same person.
It is, however, widely believed that Valentine's Day has perhaps originated from the ancient Roman feast of Lupercalia. A festival was held on February 15 in honor of one of their gods Lupercus, who was called upon by the Romans to ward off the threats of those fierce wolves that roamed the adjacent forests. On the eve of the festival of Lupercalia, a love lottery was organized in which the names of Roman girls were written on slips of paper and placed into jars. Each young man then drew a slip and the girl whose name he picked up was to be his sweetheart for the year.
The holiday subsequently became Valentine's Day after a priest named Valentine. At that time when Christianity was still a new religion, Valentine was a priest in Rome. The then Emperor Claudius II, had issued an order forbidding the Roman soldiers to marry or become engaged. The emperor believed that once they got married, his soldiers would want to stay home rather than fight his wars. Valentine defied the Emperor's decree and secretly married the young couples. He was finally arrested, imprisoned, and beheaded on February 14, the eve of Lupercalia. Valentine was posthumously named a saint. As Christianity grew stronger in Rome, the priests moved the Lupercalia or spring holiday from February 15 to February 14, i.e., Valentine's Day. Since then the holiday began honoring Saint Valentine instead of Lupercus.
"From your Valentine"
According to another story, Valentine was one of the early Christians who was seized and dragged before the Prefect of Rome and jailed for helping some Christian martyrs. He cured the jailor's daughter of blindness while in jail. When the emperor learned of this miracle he ordered the beheading of Valentine. Valentine is said to have sent the jailor's daughter a farewell message signed, "From your Valentine".
In 1969, as part of a larger effort to reduce the number of saint days of purely legendary origin, the Church removed St. Valentine's Day as an official holiday from its calendar. At present, February 14 is dedicated only to Saint Cyril and Saint Methodius.
This article is written by Arindam Bose for http://www.ecard4all.com. It is a free article and can be used by any webmaster on their website, provided they will keep the link intact with the article. ( for sending Valentines Day greeting cards to loved and near and dear ones, please check out this page )
Article Source: EzineArticles.com